If you're involved in selling e-cigarettes or vapes, you probably don't need us to tell you that the business is booming. In the United Kingdom, the world's 2nd biggest market, the number of vapers has more than quadrupled in just five years, according to the Financial Times.

A big business poised to get bigger

According to Hexa research, the current electronic cigarette market is worth over $7 billion globally—not bad for a product that didn't even exist until 2003!

Not a normal e-commerce play

Typically, in a market this big, the largest online seller would be … you guessed it, Amazon. But they don't sell electronic cigarettes, and that means an enormous industry is, for once, not going to be dominated by Jeff Bezos and co.

That's a huge opportunity for other players to step in and establish market share.

You're probably already in the vape ecommerce game, or you want to be (why else would you be reading this post?), so you know that there are tons and tons of ecommerce retailers, plus all the brick and mortar competition.

You need to stand out, but how do you that? By getting customers to trust you.

Trust is key for smaller businesses

In any form of online business, but especially for less familiar brands trying to win new customers, trust is critical for success.

One of the best ways to build trust is by displaying the McAfee SECURE trustmark. By showing off a certification from an established security company, you're letting customers know you're legitimate and safe to business with—basically, that they can depend on you.

Trustmarks are very effective, especially for smaller businesses. According to an internal survey of hundreds of American shoppers, 81% of consumers say if they landed on a store they've never heard of before, the McAfee SECURE trustmark would increase their confidence that they're on a legitimate and secure site. And 36% of people say they won't buy from sites that don't feature a security policy or trustmark.

Tons of vape sites are already doing this

As we mentioned, the space is competitive, and there are already high-traffic sites using the trustmark strategy to win customers' hearts and mind.

They're using it as a floating badge that stays with visitors at all times, like the folks at West Coast Vape Supply:

Or they're putting it in the footer of their site, where visitors often check for such badges, like the people do at VaporDNA: 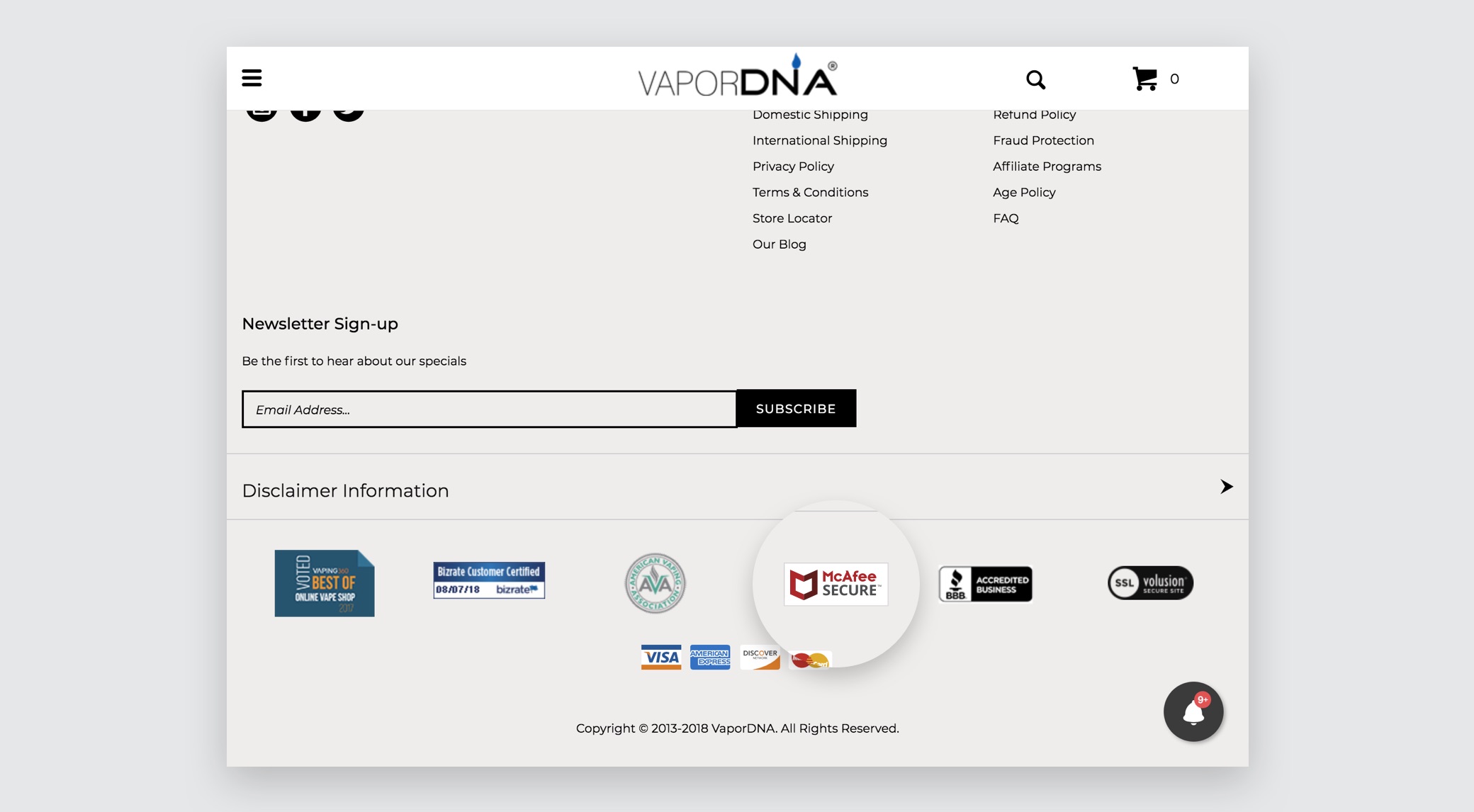 Or they use it on their product pages… 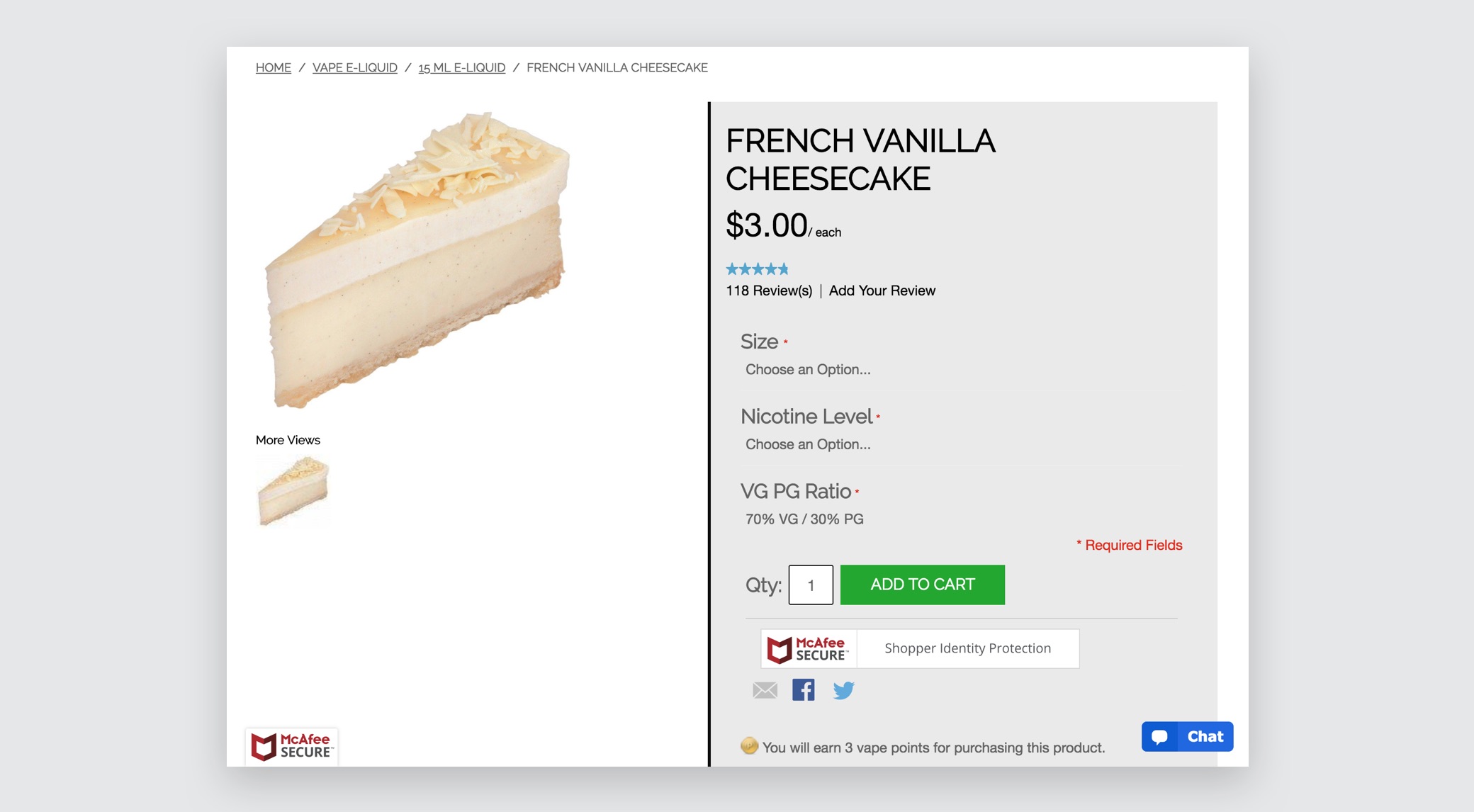 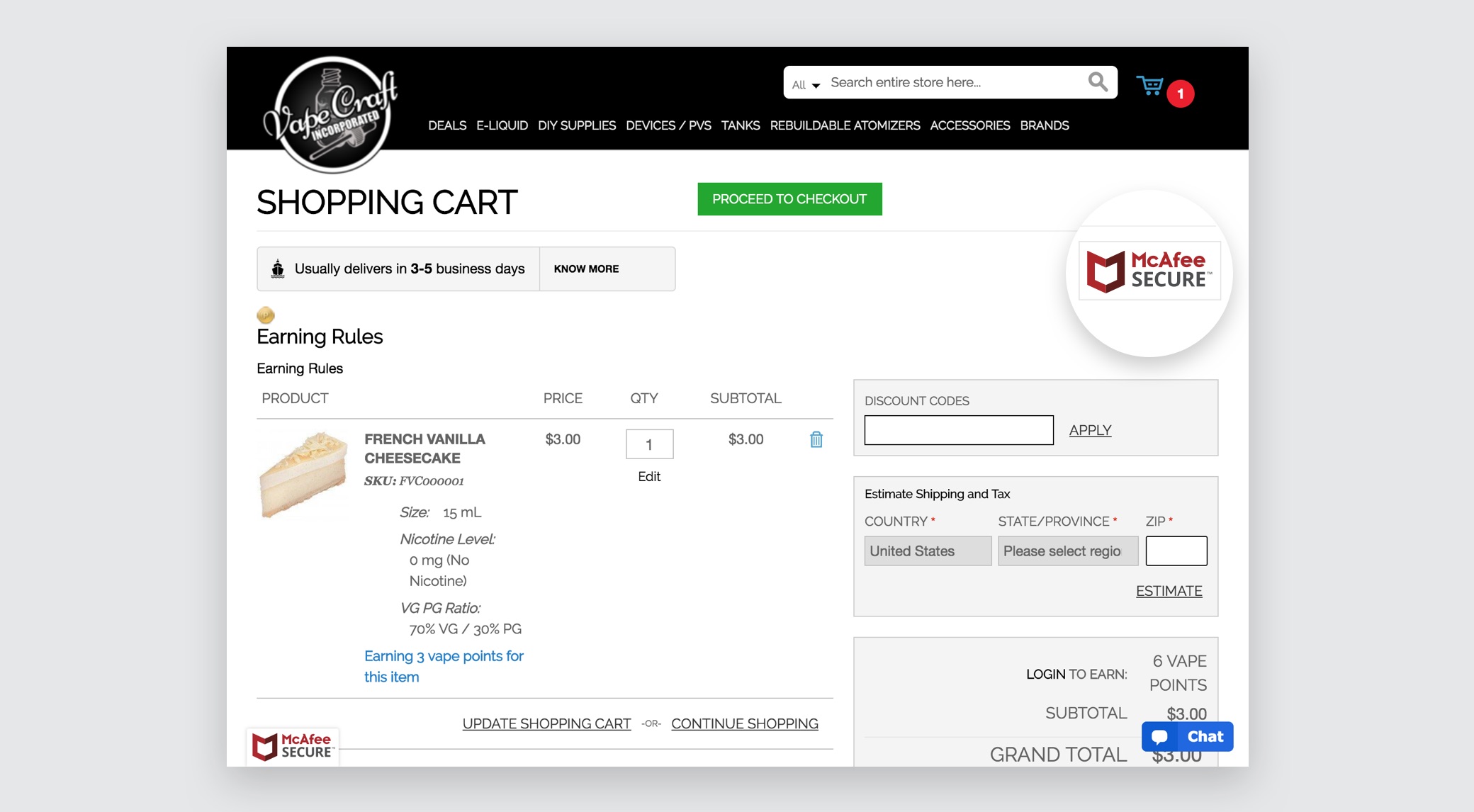 McAfee SECURE customers seem to be pretty appreciative of the service too. Just take a look at the reviews from other vape companies on Shopify: 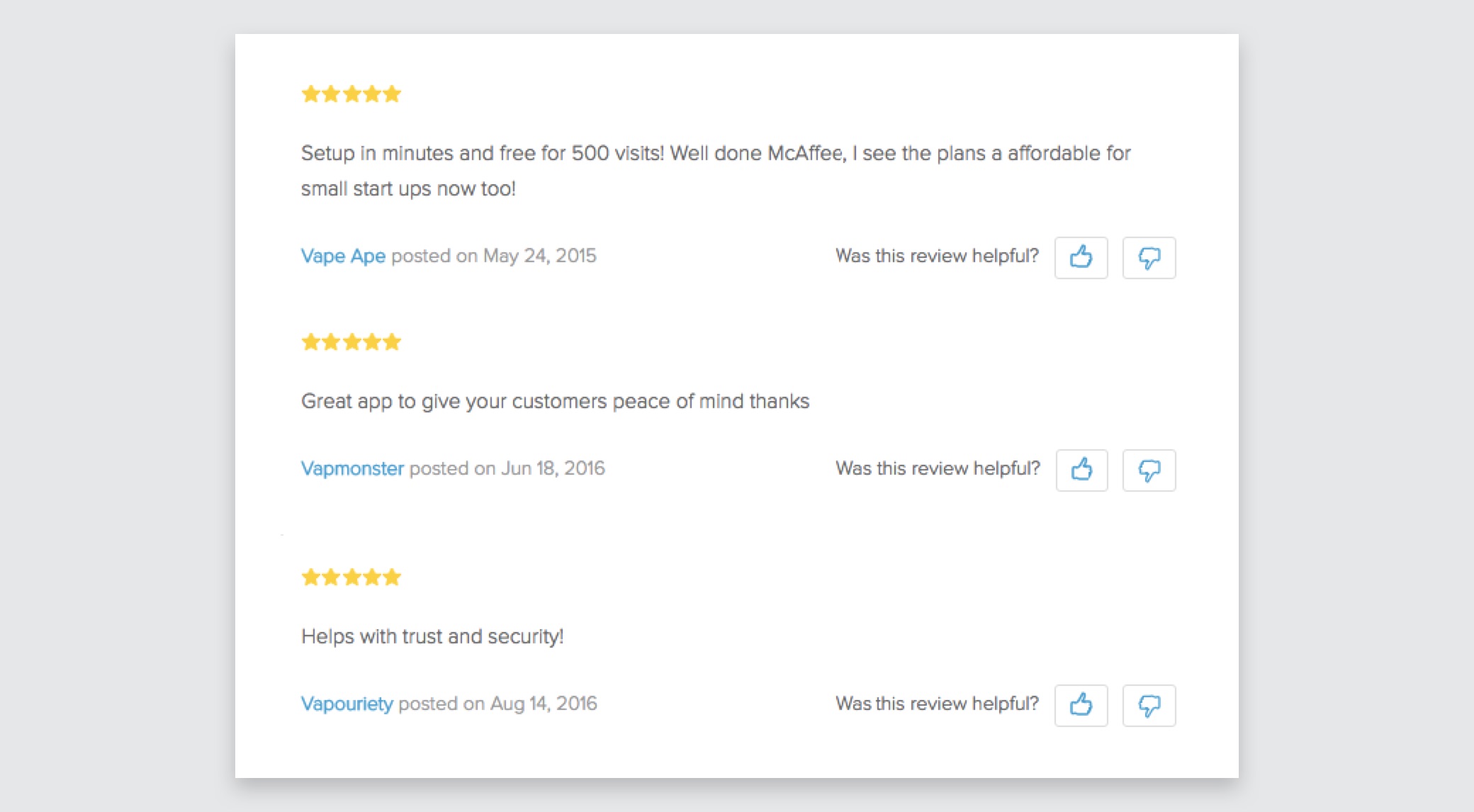 Because the industry is so new, the first mover advantage is very real for online retailers of vapes. Being among the first companies to win a big share of the market will pay massive dividends as the industry matures into the behemoth that it's growing into.

That's why it's so important to do what you can now to ensure that you're part of that bright future. Get the McAfee SECURE service today to earn visitor trust and take your vape company to the next level. 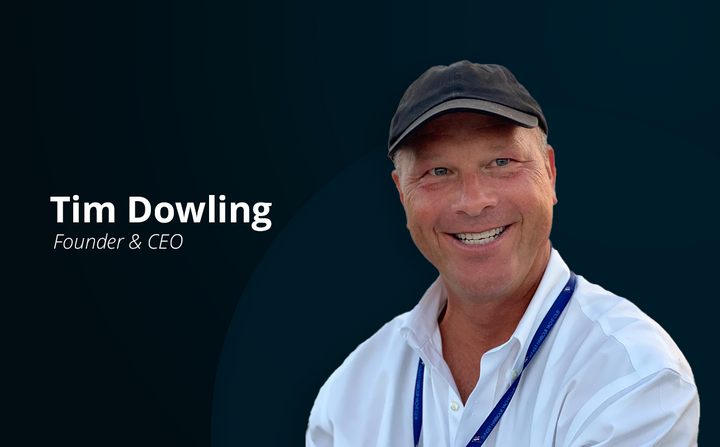