In the early 2000s, a startup called Pure Networks in Seattle gathered a group of users to talk home network security.

Pure Networks executives wanted to get feedback on security features and how to alleviate the pain of home networking. They showed the users a map of a home network and asked what kind of security they wanted incorporated into their modems. None of them knew how to respond. They lacked the language and knowledge to explain the technicalities of what they wanted. But they were reassured when they saw a padlock icon was shut rather than open.

The notion of matching imagery to security struck Tim Dowling, then president and CEO of Pure Networks. He put it to use a couple years later at McAfee, when his business unit acquired ScanAlert, a pioneer in certification that proved a trustmark can increase sales. McAfee spun out its trustmark business in 2012 to Tim and co-founder Ben Tyler, and PathDefender was born. In 2015, PathDefender became TrustedSite, and a green box with a white check mark was a no-brainer of a logo.

Tim carried it forth again in his latest venture, Halo Security, meant to portray an organization’s perimeter with all its internet-facing assets, and that taking a hacker’s external view can be beneficial in protecting it.

In early August, Halo officially emerged from stealth mode at Black Hat USA in Las Vegas, but Tim celebrated from afar. His health had declined since he was diagnosed with ampullary adenocarcinoma, a rare pancreatic cancer. On Aug. 21, he passed away at age 59. The Halo Security moniker now has a new meaning: Tim was steadfastly guided by his faith and will be watching over the newest company he built from above as our very own Halo Hacker.

A lifelong sailor and golfer, Tim was born and raised in Miami, keen on all things water. His family of boaters led him to a life on the water, racing on Biscayne Bay, sailing, windsurfing, and scuba diving in Key Largo. Tim's skill of taking all factors into account, finding the correct course, and proceeding in the right direction served him and his crews well on and off the water.

Tim attended Tulane University and transferred to University of Miami, where he met the love of his life, Lisa Saph. They married and set off on their 35-year adventure, creating warm and welcoming homes in Oregon, the United Kingdom, Texas, Washington, and California, before a dream came true to return home to South Florida in 2020. Along the way, they had two adored daughters, Chelsea and Mackenzie. Returning to the East Coast brought their journey full circle and fulfilled Tim’s passion.

In the final weeks of an incredibly challenging battle, Tim remained calm and focused on his family and the final goals he wanted to accomplish with his company: A farewell with his Knarr racing fleet, colleagues and friends in San Francisco, Father's Day at Ocean Reef, and a family wedding in Rhode Island. He focused his energy on reaching meaningful milestones. In business, it was the launch of Halo Security in August at Black Hat. Halo Security helps thousands of customers protect their external assets and build trust with their customers with modern attack surface management technology and tools.

Tim will also be remembered by the many colleagues and employees he worked with across his dynamic career as a tech executive. He began his technology career coding and selling software for the first IBM personal computer as a sophomore at the University of Miami. He was recruited to work at Intel as a product line manager in 1987 and worked his way up to the director of products in 2000. He created Pure Networks in 2003, which he sold to Cisco in under three years for $120 million.

In 2008, after he built the first web-oriented business unit for McAfee, Tim led the acquisition of ScanAlert, which rebranded as McAfee SECURE. It quickly became one of the most familiar and ubiquitous symbols of security and trust on the internet. Tim also served as chief operating officer of OneLogin, Inc. and executive chairman, chief executive officer, and investor at Kenna Security (formerly Risk I/O), before the entrepreneurial bug got him again.

In 2013, McAfee spun the McAfee SECURE services out to Tim, ScanAlert developer Ben Tyler, and Bill Kerrigan. Together, they formed PathDefender, which was quickly rebranded as TrustedSite. Tens of thousands of sites have earned TrustedSite certifications by demonstrating their commitment to data security and customer service. TrustedSite trustmarks are seen across these sites more than 1 billion times each month. TrustedSite created a security operation in 2020, which became Halo Security.

In accordance with its succession plan, Halo has appointed board members Todd Gebhart and Lisa Dowling interim co-CEOs while an executive search is conducted.

Personally and professionally, Tim lived a life full of leadership, with a sailor’s intuition for where the winds were blowing and a contagious spirit of adventure that lives on in his family, his colleagues and friends, and his companies. We will miss him dearly. 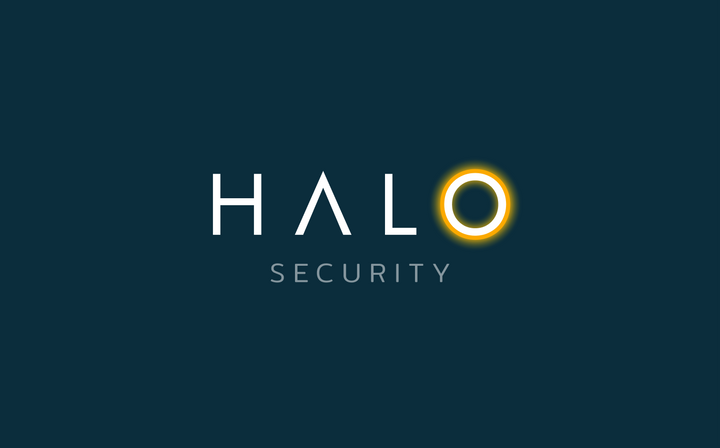